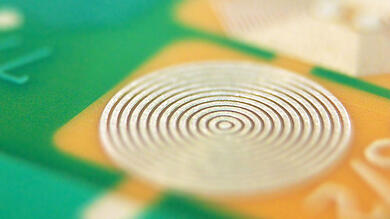 
The 5 year agreement provides the framework to accelerate development of Al-PCBs to meet D-Wave’s aggressive quantum computing design goals. While the two companies have been working together since 2004, collaboration on Al-PCB development only began in 2008. Since that time Omni PCBs have been an integral part of the D-Wave OneTM and D-Wave TwoTM quantum computers, and will be part of the next generations of quantum processors under development now.

Jeremy Hilton, D-Wave’s VP of Processor Development stated, “Building the world’s first scalable quantum computer has required scientific, engineering and manufacturing breakthroughs. Our partnership with Omni has contributed to our success and we look forward to further advancements based on our new R&D agreement.”

Since releasing the Al-PCBs in July of 2013, Omni Circuit Boards has been delivering fine-line, multi-layer aluminum trace printed circuit boards to North American and European customers. Primarily these products are being utilized in super-conducting applications at low temperature.

Founded in 1999, D-Wave is the leader in the development and delivery of quantum computing systems, software, and services and is the world’s first commercial supplier of quantum computers. Our mission is to unlock the power of quantum computing for the world. We do this by delivering customer value with practical quantum applications for problems as diverse as logistics, artificial intelligence, materials sciences, drug discovery, cyber security, fault detection and financial modeling.

D-Wave’s systems are being used by some of the world’s most advanced organizations, including Lockheed Martin, Google, NASA Ames, Volkswagen, DENSO, USRA, USC, Los Alamos National Laboratory, and Oak Ridge National Laboratory. D-Wave has been granted over 160 U.S. patents and has published over 100 peer-reviewed papers in leading scientific journals.