The Superconductive Circuit Board

Tell someone in a manufacturing facility you are going to be measuring their performance and you will most likely get a sour reaction. Often, it’s because they know they’ll be held accountable for metrics they may be able to influence but have little or no control over. Forcing people into the metric spotlight under these conditions is the perfect recipe for stress. 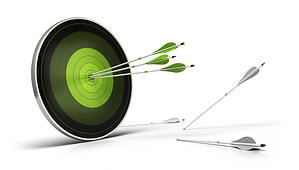 If you are one of those people who like to inject stress directly into your organization, I have a few good examples for you:

Another strategy is to give two managers aggressive and utterly opposing goals and not let them know what the other is working on.

I was once tasked with getting cost reductions through engineering redesigns while my counterpart in manufacturing engineering was to improve product reliability through component redesigns. The frustration and animosity began to build as each of us vied for the same resources. After a series of run-ins, we finally confronted our manager who suggested it was done to provide balance and it seems, some entertainment.

Metrics can be as simple as widgets produced/day. In one shop the widgets were engines and the goal was 10 engines/day but the Sales team was allowed to schedule when non-stocked engines would be shipped. It didn’t matter if they were simple 302 Fords or nasty Big Block Dodges, you had to get out 10 engines/day. On one particularly tough week, we were falling behind so I scheduled in 20 easy 400CI Fords to go out in a row. It was an impressive sight. We made our goal for the week, but the warehouse manager was livid. His goal was finished goods turnover and I had just given him a 4 months’ supply of 400CI engines.

Sometimes a metric has to be restated to make any sense at all.

For example, one measurement of a printed circuit board facility is produced sq.in./labour hour; but, often it is calculated on total circuit board production. Customers aren’t interested in paying for pcbs they don’t get, so it needs to be calculated on what actually shipped out the door. The same is true of quality measurements. Reject part calculations need to be based on actual circuit board quantities shipped not total produced.

Reporting on results can also be tricky. In one example, I was the manager of a shop which had achieved amazing results through a lean implementation. At the end of the year, we put together a presentation for the team to show them how much we had achieved. At the last moment, I decided we had better run it past head office just to make sure they were on-board. The answer came back, it was a great idea and we could provide all the visuals but we had to delete all the values. Unfortunately, the presentation, along with the accompanying celebratory barbecue, was already booked by then so we had the awkward task of thanking everyone for all their work on behalf of the company and then showing them a series of line and bar graphs which only referenced fiscal years.

Goals should be developed with and agreed to by the people who are held accountable for achieving them.

Upper management often feels the need to set the course for the business by creating sub-optimised goals and it has often amazed me how little understanding there is about how they can negatively influence the profitability of an organization. Make someone responsible solely for on-time delivery and inventories will likely rise. Focus completely on inventory reduction and parts shortages will be the result. Focus only on parts shortages and acquisition costs (freight, AP etc) will increase…

Whether you are producing ice cream cakes or printed circuit boards, the key is to measure an organization on the vital few metrics which really matter, make them relevant, make the goals achievable as well as public, ensure the people who can impact them have access to the resources to make necessary changes, hold them accountable for the outcome and openly celebrate the successes.